Master Leonard 12" with screen printed B side. 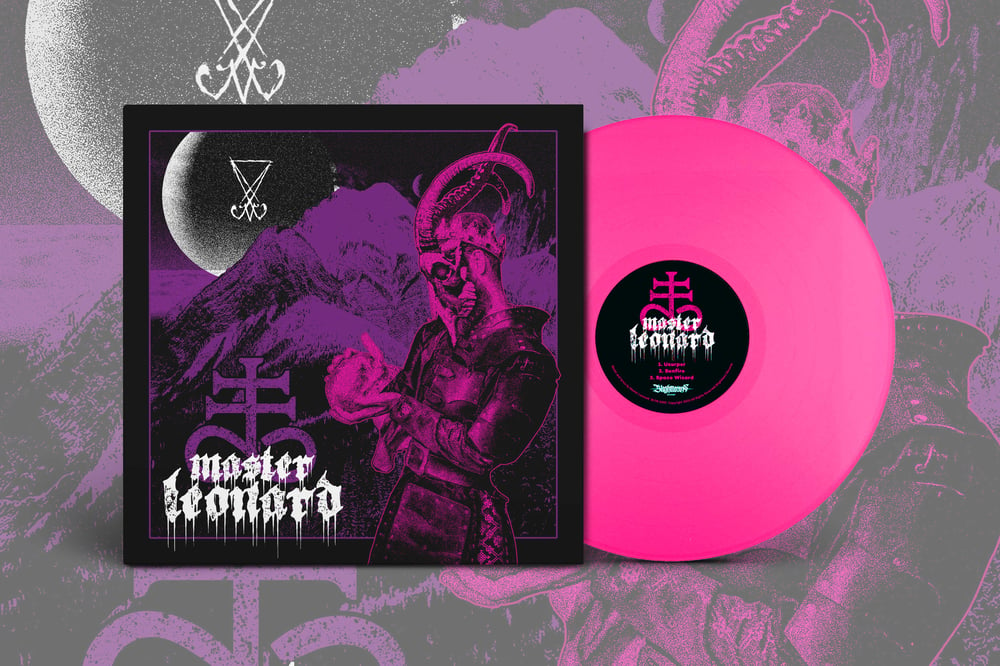 It's a little known fact, but Moterhead and Black Sabbath had a child. This unholy progeny was raised in the Bay Area during the 1980's and was named Master Leonard.

Relocated to Marrickville in Sydney's Inner West, Master Leonard drew from the deep pool of satanic sludge, stoner and thrash, to create monumental riffs that will crush your spine.

Master Leonard have released their first single “Usurper” on vinyl! Pressed as a single sided 12” on neon pink vinyl with a screen printed b side.